Wills & Estates
Back to Library
Little Sympathy for Non - Payers

Two recent Appeal Court decisions should deliver a stern warning to well heeled payers, who try to avoid their support obligations. The Ontario Court of Appeal "pierced the corporate veil" to brush away an extraordinary complex scheme to make a very wealthy payer appear as though he has no assets. Moses Seigel had a net worth exceeding $100 million dollars by his own admission. He set up a variety of corporations which held significant assets, from which he attempted to totally disconnect himself. His unsuccessful scheme went like this. He had an Ontario lawyer incorporate a company. The Company owned the property. The lawyer was the sole shareholder and officer of the company. The lawyer prepared and signed blank: (i) nominee agreements, (ii) share certificates and share transfers and (iii) then resigned as the officer. The documentation was then sent to another lawyer in, Guernsey (off the coast of England). Mr. Seigel appeared for all intents and purposes to own no assets, but live lavishly. The trial judge had little trouble finding that he and his companies were "one and the same and that he was the beneficial owner of the shares of the companies". The trial judge ordered the Corporate property "vested in Mrs. Seigel, to satisfy outstanding unpaid support orders against Mr. Seigel. While such a "vesting remedy" is discretionary, on the facts of this case, the Court of Appeal had no trouble upholding the trial decision. The Supreme Court of Canada upheld the trial decision to hold Dr. Dickey in contempt and put him in jail for 45 days, for failing to pay past support. Dr. Dickey had moved to the Bahamas, adopted a lavish life style and stopped paying child and spousal support. There was no reciprocal enforcement of support orders between Canada and the Bahamas. When Dr. Dickey briefly returned to Canada, he was arrested, and cited for contempt for his "appalling disregard of his support obligations" and sentenced to jail time. He contested the Court's power to put him in jail, but the Supreme Court has upheld the use of the contempt power, as a potent new weapon for judges to use, to force recalcitrant spouses to pay up. If it was doubted that Courts can and would take a tough line with those that can and should pay support, and attempt to avoid doing so by whatever means, that doubt has surely been put to rest. Should you have any questions for Ask A Lawyer, please direct them to the Simcoe Reformer or ask a lawyer of your choice. 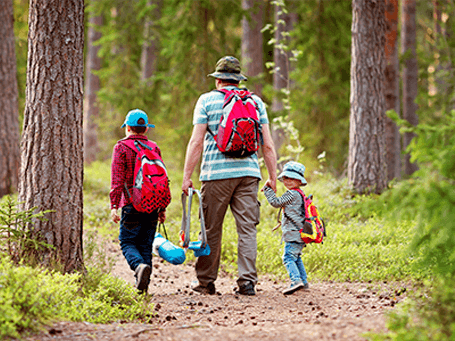