Wills & Estates
Back to Library
Context Is Everything

How difficult is it to fire someone for just cause? The Supreme Court of Canada recently addressed this issue in the case of McKinley v. B.C. Tel. The facts: McKinley was a 48 year old Chartered Accountant who had worked for B.C. Tel for 17 years. He began to experience high blood pressure, as a result of hyper tension. His medical problems reached a point where is took a leave of absence on the advice of his doctor. After he'd been off for a couple of months, his employer wanted to sever him. McKinley wanted to come back to work, but in a less stress full, less responsible position. The employer said they would try to find some lesser position, but did not. While he was off on short-term leave, B.C. Tel terminated him and offered him a severance package. Instead of accepting the package, McKinley sued for greater notice, aggravated damages for intentional infliction of mental suffering and punitive damages. B.C. Tel defended by saying they had offered him a fair severance package. Part way into the trial, they amended their defence, alleging "just cause for termination", based on his dishonesty. They had discovered a letter from McKinley's doctor, that they said amounted to him being dishonest about his medical condition and the treatments available for it (if he took beta blockers, he could return to his job). They said McKinley had deliberately withheld the truth of his physician's recommendations. At trial there was some evidence of lack of frankness by McKinley, but the jury was asked if McKinley's conduct was in fact dishonesty and whether the degree of that dishonesty was incompatible with continuing the employment relationship. The jury found for McKinley and awarded damages. On appeal the B.C. Court of Appeal ruled that the trial judge was in error inviting the jury to consider the degree of dishonesty. The C. of A. said dishonesty was always a cause for dismissal - it didn't matter the degree of dishonesty, nor whether it was incompatible with the future employment relationship. Other Appeal decisions supported that ruling. The Supreme Court of Canada (SCC) unanimously overruled the B.C. Court of Appeal. There were two lines of legal authority. The first said dishonesty (irrespective of degree), is always just cause for dismissal. The second line said you have to look at the nature of the dishonesty and look at it in context. That second line is now the law. Implications: The key consideration is whether the employee's behaviour is such that the employment relationship could no longer viably subsist. That requires an assessment of the context of the misconduct. One has to look at its nature and degree. The SCC has said a single act of dishonesty (fraud, theft or misappropriation) may well amount to just cause for dismissal; but not in McKinley's case. The underlying approach is the principal of "proportionality". A balance must be struck between the severity of the employee's misconduct and the sanctions imposed. The use of "progressive discipline" would have been appropriate in this case. The SCC has said that employee's identity and self-worth is frequently derived from their employment and that dismissal for any dishonesty, could produce unreasonable and unjust results. What are the duties on employers as a result of McKinley? First, an employer that alleges just cause bears the onus of proving that it exists. Second, while the standard of proof hasn't been raised by McKinley, there is a duty on employers to thoroughly investigate allegations of dishonesty. Third, they have to provide the employee with adequate disclosure of the investigation's findings and a meaningful opportunity to respond before termination is made. On the "flip side", it is reasonable to assume that a series of minor misconducts by an employee, if none by themselves are sufficient to terminate for cause, may in their cumulative effect amount to just cause. Therefore, the one fairly minor breach in a series, may be the "straw that breaks the camel's back". In conclusion, McKinley has clarified the approach that employer must take when considering termination for dishonesty; that requires a detailed analysis of the misconduct in its global context and "context is everything". Should you have any questions for Ask A Lawyer, please direct them to the Simcoe Reformer or ask a lawyer of your choice. 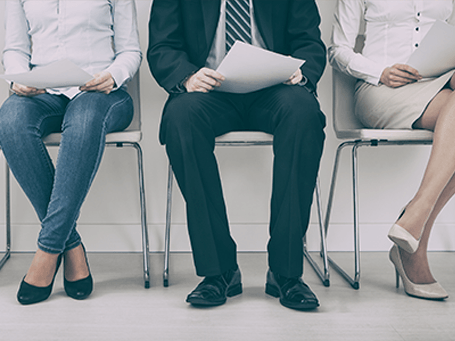