Wills & Estates
Back to Library
The Times Are A'changing

Rarely does the Supreme Court of Canada ("SCC") render a decision on Employment Law. 2008 belies that rule. This year saw 5 important SCC decisions that have changed the existing law and created a degree of unpredictability in Employment Law. In 1997 the SCC delivered it's landmark ruling in Wallace obligating employers to demonstrate "good faith and fair dealing" in their manner of dismissal; which, if breached could be compensated for, by adding to the usual length of notice period. If an employer's dismissal conduct was harsh, vindictive or malicious, it would cost them 'extra'. Usually, such conduct averaged about 33 % 'bump up'. The '08 decisions in Keays v.Honda Canada changed all of that. Keays was a 14 year, non-managerial employee, who was periodically absent for lengthy periods, with chronic fatigue syndrome, stretching over a number of years. His doctor's notes supporting same became increasingly perfunctory and limited. Thus, Honda ordered Mr. Keays to see a medical specialist, in order to assess and assist reintegrating him into full-time employment; and warned if he failed to go to their MD, he would be dismissed. Keays refused and Honda fired him. At trial Keays was awarded 15 months severance, plus 9 months Wallace damages, plus $500,000.00 in punitive damages (the highest award in employment law to that date), and his lawyers received a cost bonus. At the Court of Appeal ("C.A.), Honda succeeded in reducing punitives to $100,000.00. At the SSC, Wallace damages (9 extra months), punitive damage ($100,000.00) and the extra costs were all knocked out, leaving only 15 months severance. As an aside, Keays took 30 days to try, plus the arguments before both C.A. and SCC; my guess, Keays' legal fees vastly exceeded what he was finally awarded. Important lessons that can be drawn from Keays, Employers are entitled to: 1. more than "uninformative doctor's notes"; 2. accept the expert advice they receive; 3. to rely on the advice of it's medical expert in order to address absenteeism; 4. to have an employee assessed by a specialist. 5. The Courts specifically stated "the employer's responsibility to manage its workforce" provides it with "the right to monitor the absence of employees who are regularly absent". 6. In determining how much a retiring allowance an employee gets, the SCC reaffirmed the primary determinants of the amount of notice are: (i) the nature of the job; (ii) the age of the employee; (iii) the length service; and (iv) the availability of similar employment. 7. Higher status employees (ie management) are generally entitled to greater severance (because their positions are usually more difficult to replace), but Keays', as a non-manager, with little formal education and long illness, was entitled to 15 months notice for 14 years of service. 8. SCC changed how Wallace damages are defined and awarded; an employee can generally sue only for insufficient notice, not for pain associated with the dismissal; and such damages can be sued for only in rare cases (where both the employee and employer understand at the time hiring, that a future dismissal ,could lead to extra-ordinary damages. Wallace damages can still (but restrictively), be based on the manner of terminated ( i.e. defamation, lying about why they were fired, or firing to avoid a pension vesting). In short, Employment Law has substantively and substantially changed in 2008. 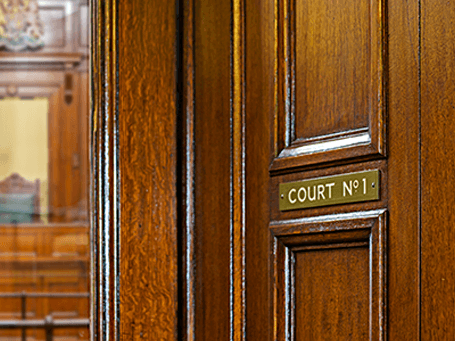